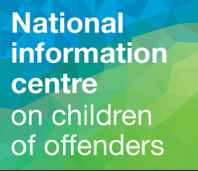 A message for professionals: A New Mother's Diary Part 4

I would best describe the second year of my partner's prison sentence as a battle of highs and lows.

I would best describe the second year of my partner's prison sentence as a battle of highs and lows. The initial stress and strain of the previous year had begun to ebb. I had to put aside my own worries and troubles and tried to focus on being the best mother to my daughter. At this time I generally split my life up into two parts; a month or so spent with my partner's family and then a slightly longer period at my family home. Travelling between the two, alone with an infant, was no party but people were kind and helpful. I was extremely fortunate to be housed in a great place with plenty of space for me and my daughter. But I still couldn't shake off the feeling of being a single parent and being alone. My partner would phone every night but this did very little to make me feel better. I would blame him and argue with him because of the situation he had put me in. I would blame him for everything that was wrong in my life. The turmoil of trying to make life decisions whilst the person you are closest to is locked up hit me hard. I had pressures from every angle. I've carried a huge weight of anxiety from the moment my partner was imprisoned and because I am an indecisive person I struggle to understand what I should do and can be too heavily influenced by people around me. Family and friends had my best interests at heart but the decision about whether to stay with my partner or not was one that I had to make on my own. 80% of those who are close to me wanted me to move on and the other 20% wanted me to stand by him. I am told on a regular basis about the huge sacrifices I have made and that I should put myself and my daughter first. But unless you are in that situation yourself it's very easy to give out advice. People draw conclusions on how your future will play out when in reality there is no way of knowing exactly what's going to happen. It just turns into a waiting game of 'what ifs'.

My partner knew he had done something truly awful and it broke him. To me, he was my man and I adored him. Christmas was especially hard; when we had to leave him and I just sobbed in his arms as the prison officers called us away. Every time I took my daughter away from him and walked out of the visits hall I ached from head to toe. I was offered some small comfort by the other mothers and children visiting. I was very surprised by the amount of children that visited, from small infants to teenagers. The year gained pace and soon enough we found ourselves in his pre-release meeting. It was so exciting to know that in a few months time my daughter and I would have him back in our lives. Our bond seemed stronger than ever. It was just a waiting game. 80 days, 70 days, 60 days? it all started to fly by. Now his parents and I are nervous but excited for his release.