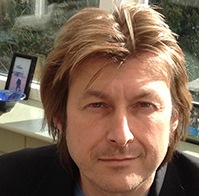 Guest blog: David Kendall a freelance facilitator of Safegrounds Fathers Inside programme talks about a recent course at HMP Bullingdon

'Which are the good ones?' Len* gingerly picks through the picture books I've placed in front of him. The rest of the group sense a shortcut and stop sifting their own book piles. 'You just need to look through them. Choose one you like.' I keep my voice light. I want them to see this as fun, not a chore. To me, choosing a picture book means five or ten minutes max. The group act as if it's going to take them hours. They fan out the slim books, unsure how to begin. 'Why don't you just tell us which are best? That would make it quicker.' Marco gives me his just-trying-to-help face. 'You have to decide for yourself.' They look at me. In truth, they're not trying to skive, they just want a clear answer. Because there has to be answer. There has to be a 'best book'. 'Listen,' I pick a book from the top of the pile near Len and sit on the floor. The group remain on their chairs, watching me curiously. I read Fizz the Fire Engine out loud to this group of addicts, thieves, fraudsters, drug dealers, and villains. I read it the way I read it to my son when he was barely walking, and this was his favourite book. It's a quick story, even with all the sound effects, and as I'm reading I'm aware (because you need to be aware of your audience) of their nervous looks, their smirks and grins at my expense but also that they GOT the story, that they GOT the point of enjoying yourself, of throwing yourself into something as small and as vital as story for your child. Reading with your children isn't a chore, it's a gift.

* All names have been changed