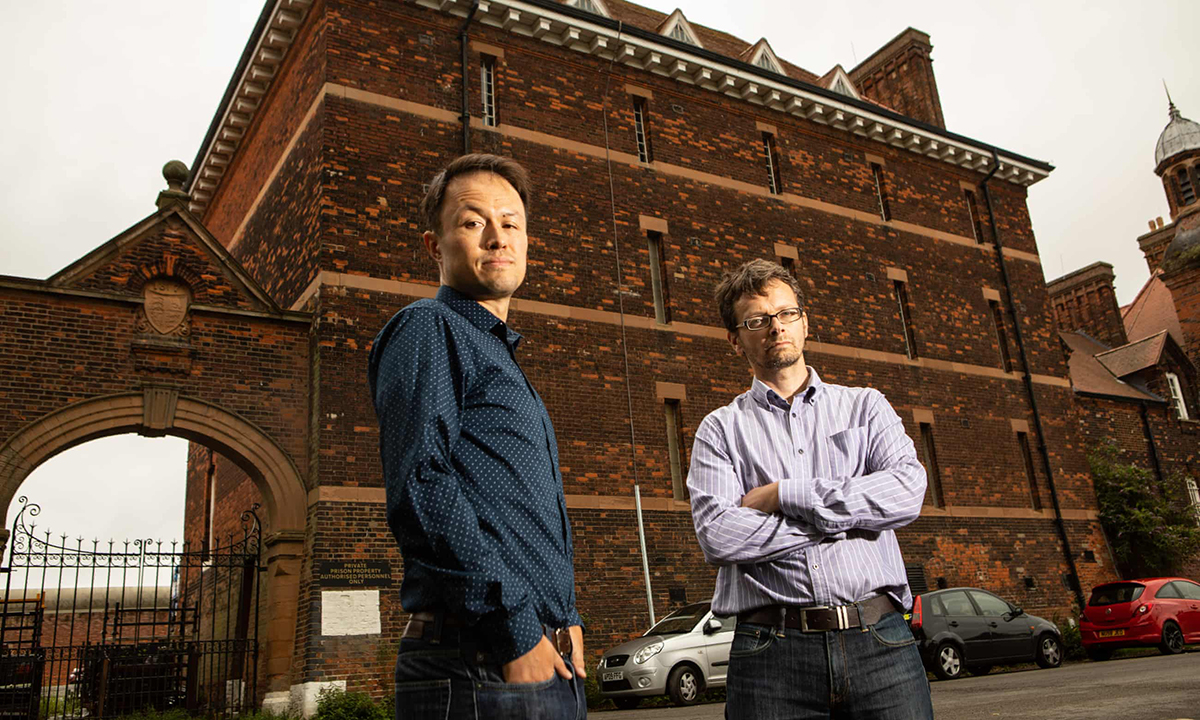 Prison Voicemail was recently named as one of the New Radicals 2018, a search led by Nesta, the innovation foundation, and The Observer to find the top people, projects and organisations offering innovative ways to tackle social challenges. This resulted in a feature article in The Guardian.

Prison Voicemail was first conceived in June 2015 when social entrepreneurs Alex Redston and Kieran Ball were looking for ways to improve legitimate communication between prisoners and their families. “We realised prison phones only allowed outbound calls, making it frustrating if the person on the outside didn’t get to the phone in time. A simple missed call was causing worry and anxiety for both sides”, says Kieran. “That’s when we had the idea of a voicemail box that family members could leave messages on which prisoners could pick up at their convenience”.

Thanks to a tweet to a sympathetic governor, Prison Voicemail launched at HMP Lincoln in October 2015, and has since expanded to 109 prisons nationwide with widespread support from the HMPPS and Ministry of Justice. To exchange messages with approved contacts prisoners simply dial their unique landline number from any PIN phone, meaning all existing security and monitoring processes are unaffected.

“Prison Voicemail helps governors meet their objective of strengthening family links and means a prisoner isn’t dependent upon having the partner sit by the phone to hear their voice. Potentially this will reduce the need for prisoners to access mobiles to contact their family. It also means a reduction in prisoner anxiety without burdening staff or creating public protection issues.” says Paul Baker, former Deputy Director of Custody, London & Thames Valley.

The Prison Voicemail team continually receive positive comments from users, many of whom would struggle to maintain contact without the service.

One customer wrote to say: “I work during the day so he was unable to reach me, and especially when you’ve got a lot going on, or the children are doing activities in the evening, it’s good to be able to leave a message saying ‘ring later because we’re doing this, this and this’. I think it’s important to them to feel part of the family and the service really helped with that.”

Another said: “Our baby was born just after he got sentenced and she's now 3 months and has started making noises and babbling. He's never got the chance to meet her yet but thanks to your app he gets to hear her, so thank you very much for being able to keep our family connected.”

Research by Lincoln University in 2017 across 56 prisons found many benefits of the service, from improving mental well-being to increasing their ability to sort out practical issues. 96% of prisoners said voicemail makes them feel better, and 83% said their relationships are better thanks to voicemail.

Despite these benefits, Alex and Kieran believe the service has a long way to go, particularly in terms of raising awareness: currently only 5% of prisoners use the service. Part of the problem, they say, is staff not knowing about it. “The prison service has been fantastic in its support of our service, but we are still constantly hearing about staff telling prisoners it doesn’t exist. Simply knowing that it’s an option could make a big difference in some cases.”

Lauren Mumby, a staff member at HMP Lincoln, describes her experience: “[The prisoner] was stressed and agitated... he was concerned about family contact… I told him about Prison Voicemail and suggested he could use it with his girlfriend... Upon hearing this, he almost instantly calmed down.”

Alex concludes: “Ultimately this is about getting prisoners away from illegal mobiles and back on to the PIN phone system by making it more convenient for them, while minimising impact on staff and processes. It won’t suit every prisoner, but for some it will prove to be a vital lifeline.”