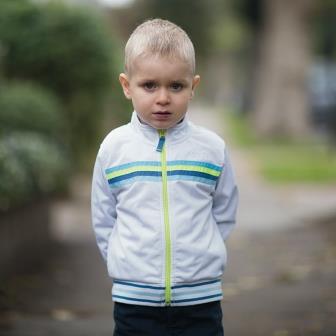 Recognising the Needs of GRT Children

Recognising the Needs of Gypsy, Roma and Traveller (GRT) Children Affected by a Family Member’s Offending

In 2014, HMIP highlighted that GRT prisoners are significantly more likely than the rest of the prison population to report having children under the age of 18: 64% compared to 51%. This is a clear indication that when considering the diverse needs of offenders’ children and families, specific and culturally-informed attention should be given to how to support individuals from GRT communities.

Despite GRT communities being identified as a ‘protected characteristic’ under the Equality Act 2010, research continues to suggest that they are one of the most excluded minority ethnic groups in the UK and face persistent racism and discrimination at institutional, social and individual levels.  In 2007 the Children’s Society reported that  the words ‘thief’, ‘robber’ and ‘criminal’ were popular choices used to describe GRT individuals and that young people ‘despaired’ at the criminalising and dehumanising labels that were persistently used against them:

‘We just would like people to change the way they treat us. You know there are shops round here we can’t go into and pubs, cafes, everything. They don’t say it's because we are Travellers but that’s why it is.’- (English Traveller, Ureche and Franks, 2007, This is Who We Are, The Children’s Society).

The imprisonment of a family member, therefore, can only serve to exacerbate the significant stigma, isolation, marginalisation and discrimination already experienced by GRT children and young people.

In addition, research also suggests that GRT offenders will often have more negative experiences of the criminal justice system than their non-GRT counterparts. Some studies suggest that GRT individuals are more likely to be given custodial sentences due to the lack of home address or literacy levels required to enrol on an offender behaviour course in the community. HMIP (2014) also stated that 46% of GRT prisoners report feeling ‘unsafe’ while serving custodial sentences compared to only 33% of the general prison population.

Anxiety, fear for the safety of a loved one, lack of understanding about the criminal justice system and experience of discrimination can all contribute to families feeling more vulnerable and isolated. A GRT woman, who was concerned about her brother’s safety while in custody, described her resistance to seeking support:

‘I can’t even go to my own MP because my family name stinks so much in my own town. I’ve got no criminal record myself, but we’re just all tarred with the same brush.’- (Sister of a GRT offender, Guardian 7.5.16)

These anxieties are also exacerbated by the fact that in 2014 HMIP reported that GRT offenders have more problems in being able to contact their families once in custody: 30% in comparison with 23% of the general prison population. This could be attributed to nomadic or semi nomadic GRT or those who live on temporary sites being at risk of evictions and being moved on; post from prisoners to their families is often sent to inaccessible ‘care of’ addresses and potentially never received. Furthermore telephone contact may be limited due to reliance on mobile phone signal. In addition, 80% of GRT prisoners have poor literacy making written contact with family members very difficult.

Discrimination, limited or misinformed cultural competence within services as well as poor understanding amongst GRT community members regarding support available, often results in GRT families being reluctant to engage with support services and distrusting of criminal justice agencies. As a result, children and families of offenders will often receive no information or support and where information is provided, it may not be culturally appropriate or accessible.

In considering the needs of GRT offender’s children it is also important to be aware that they are exposed to significant health, education and attainment inequalities compared to their peers (Parry et al 2007, DfES 2005); average life expectancy is just 50 years, they are more likely to suffer a long term illness in the future, GRT children are some of the lowest performing groups in schools, they are 4 times more likely to have special educational needs, more likely to be excluded and they have an earlier than average school leaving age. Family-member imprisonment may contribute further to these inequalities. In addition, GRT children and young people are disproportionately over-represented both within the care system and youth custody (7% of boys in YOIs and 12% of children in secure training centres identify as GRT). It has also been suggested that there is a higher prevalence of domestic violence amongst GRT communities for example the Equality and Human Rights commission (2007) found that 61% (Romany Gypsy) and 81% (Irish Traveller) of women experience DVA during their lives; compared to 27% of the wider female population (Equality and Human Rights Commission, 2007). Children and young people may therefore require additional support in relation to healthy relationships and trauma.

Research already points to the potential traumatic impact of children and young people witnessing the arrest of a loved one in their home. For many GRT families living in caravans, home-based arrests may be more traumatic as children and the surrounding community are in closer proximity. Negative attitudes towards the police amongst GRTs as well as the over-criminalisation, stigmatisation and policing of GRT communities may also influence children and young people’s feelings towards them (GRT Police Association, 2016; Traveller Movement,2016 and James, Z. from University of Plymouth, 2007). The impact of arrest and attitudes towards authority should, therefore, also be considered in supporting the children of GRT offenders.

Although cultural competence regarding the GRT community continues to be limited both amongst professionals and communities and stereotypes prevail, there is an increasing recognition of their needs. The P-NOMIS prison recording system now gives offenders the option to identify as ‘Gypsy and Irish Traveller’ and there is an increasing prevalence of targeted and peer support for GRT offenders in custody. The Gypsy Roma Traveller Police Association continues to challenge discrimination and foster improved relations between GRT communities and the police.

Few local authorities have GRT Education and/or Welfare Teams which offer a culturally sensitive and accessible support service to GRT children and families. An increased awareness within these teams about the specific impact of parental offending and support available may help to ensure that children receive the support and information they need. Similarly, those working in the criminal justice system need to learn from those who have the experience and understanding of how to provide effective and culturally aware support to GRT children and families. The organisation Friends, Family and Travellers has produced ‘A Guide for Professionals working with Gypsies, Roma and Travellers in Children’s Services’ (2017) which practitioners may find helpful.

*It is important to note that Britain’s (ethnic) GRT communities remain a fairly hidden and under-represented population. There is very little data available which provides a reliable estimate of GRT living in the UK not least because GRTs were only added to the Census in 2011.